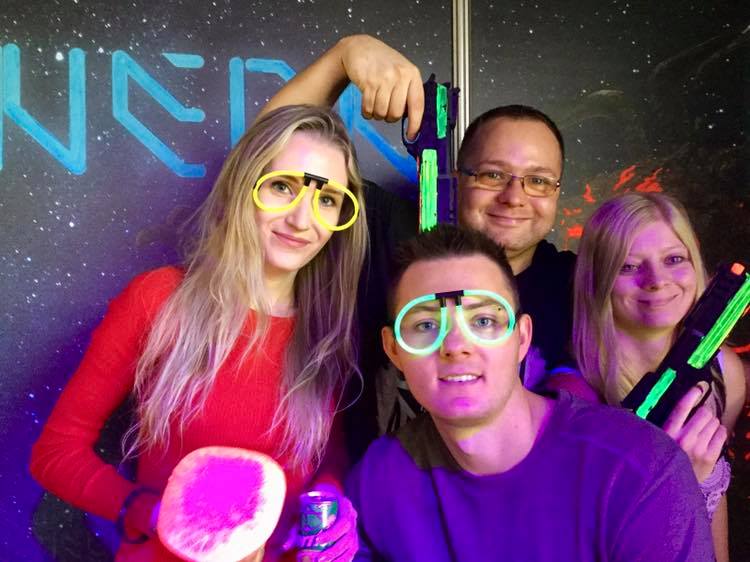 Ascendant Studio has been busy past year working on brand new action Virtual Reality game. Neon VR is a first-person action-shooter game developed for virtual reality devices such as HTC Vive and Oculus Rift with adaption coming for single controller VR devices. In Neon VR, the player takes on the role of a space frontier expedition researcher, who’s ship broke to pieces upon entering Neon’s dangerous atmosphere. In order to escape the perils of planet Neon, the player needs to gather syphoned from the planet’s materials to repair the shuttle and safely leave the planet.

We wanted to show our playable version to the public so we have presented our game during this year PGA (Poznan Game Arena) which is biggest gaming event in Poland. Se our short recap video from the booth.

Many, many player have come to see and mainly play the game. We were very pleased by the reactions and all the positive feedback. Some of the players have come again to try and beat the score and others brought their friends to show them the game.

Part of our booth was also a photo corner where players and people in general were able to take a picture under the UV light. This has created many amazing moments. One of the most awesome things was the fact we have printed the image right away for everyone!

The whole PGA presence was incredible experience for us. We can’t wait for next year. See you there!